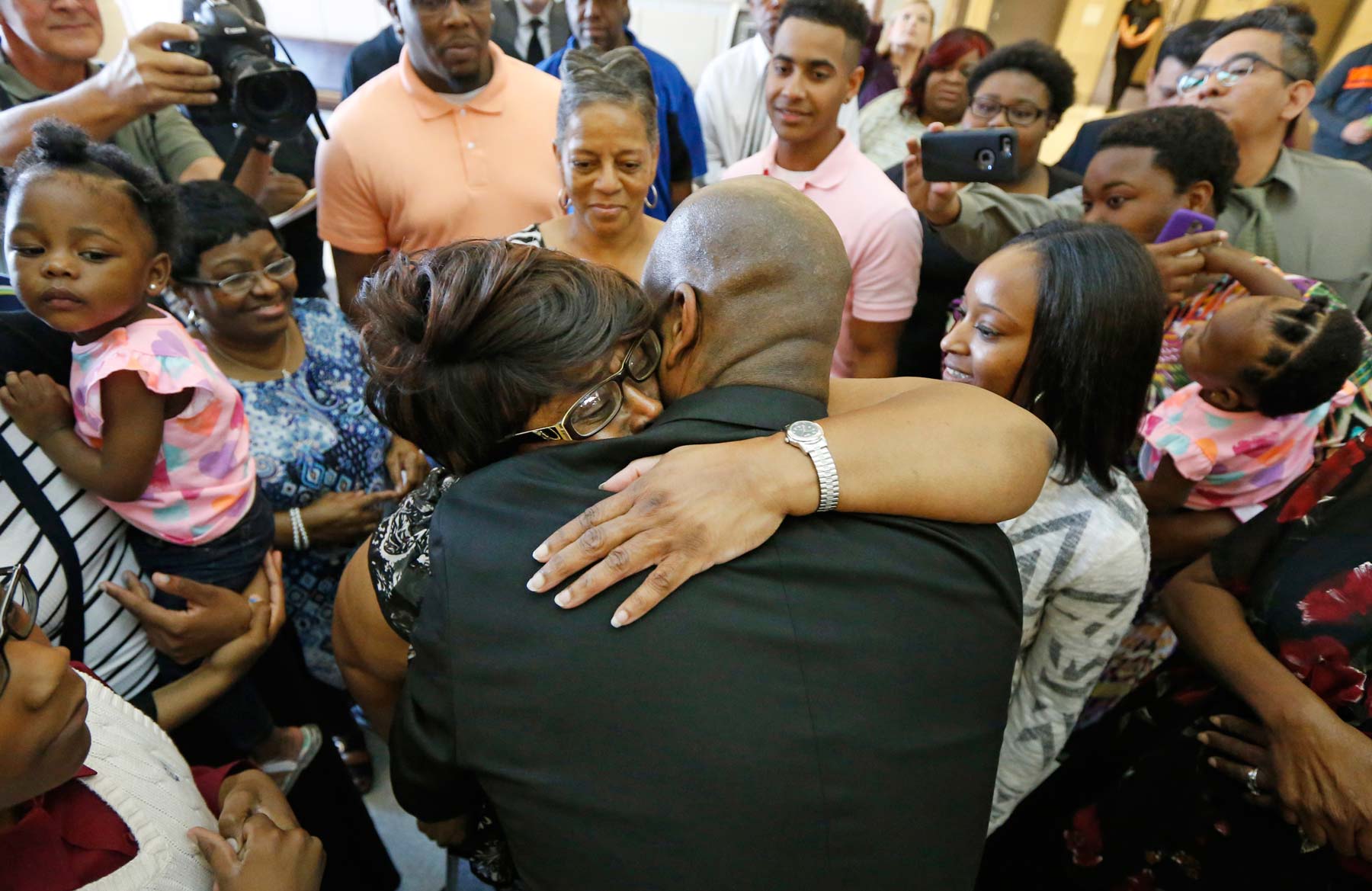 Ripples of our work are felt around America.

I’ve been to hell and back, but it feels good to be free.

Andre Hatchett, exonerated of murder in 2016 after 25 years in prison

Elevating science and research to the forefront of investigation and adjudication.

Careful examination of the hundreds of exonerations has identified disturbing trends that contribute to wrongful convictions–misapplication of forensic science, eyewitness misidentification, police-induced false confessions, government misconduct and inadequate defense. We work with the federal government and the states to secure resources and shape policies to help ensure that evidence used in investigations and court rooms is based on the best science and guided by appropriate standards.

I’m free. I thank God for science, for DNA testing and for the Innocence Project.

Anthony Wright, exonerated of murder in 2016 after 25 years in prison

When Dennis Fritz, subject of John Grisham’s book The Innocent Man (along with co-defendant Ron Williamson), in the video on the left, danced with the mother of the woman whom he was wrongly convicted of murdering 26 years earlier, many people in the audience at the 2008 Innocence Project gala were brought to tears. Despite the horror of wrongful conviction, many exonerees overcome the atrocity with love and forgiveness.

It was as if the whole family was exonerated.

Sylvia Barnes, mother of Steve Barnes who was exonerated of murder in 2009 after 20 years in prison 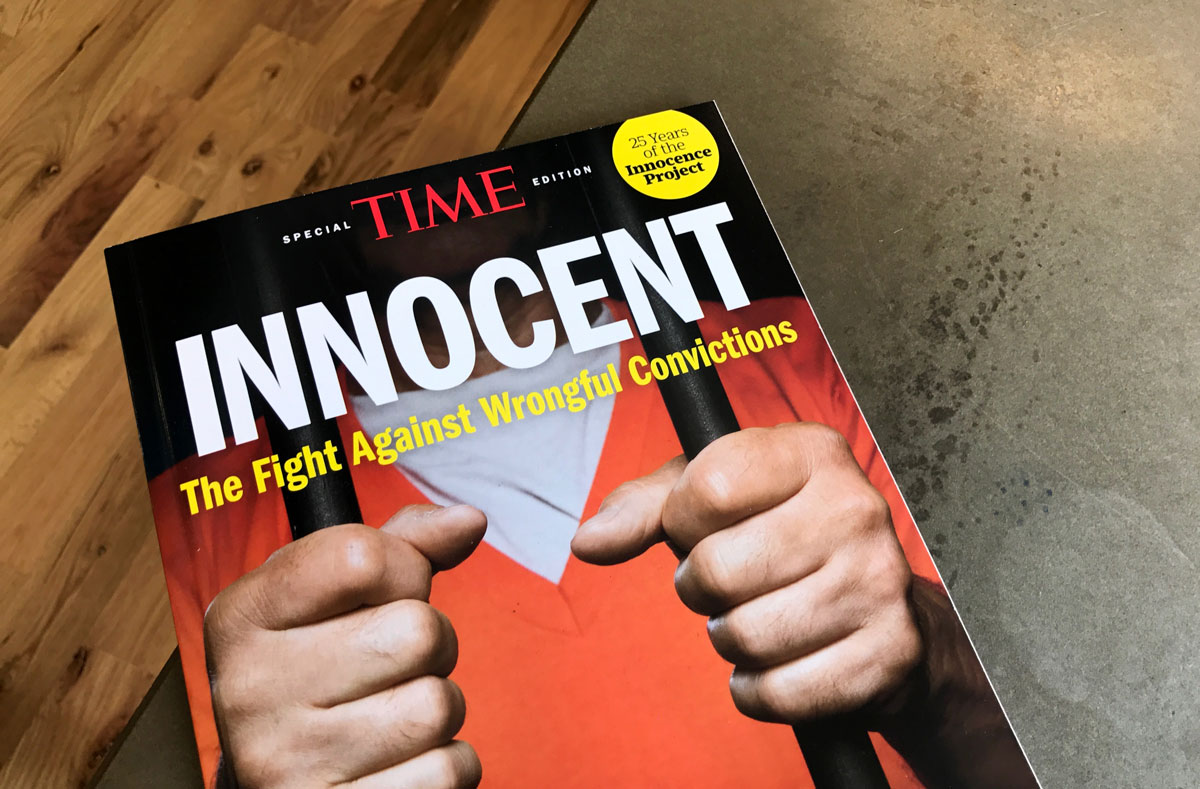 Today, wrongful convictions are a frequent phenomena. A 1993 appearance on The Phil Donahue Show led to a flood of letters from people in prison seeking help, including Dennis Maher. Maher, along with other Innocence Project clients and staff, was later featured in the 2005 documentary After Innocence. Barry Scheck, Peter Neufeld, and New York Times columnist Jim Dwyer co-authored the 2000 book Actual Innocence, recounting the story of various cases and the innocence reform agenda. In 2017, Time published a special edition commemorating the Innocence Project’s 25th anniversary.

Early on, the Innocence Project was considered a fringe group fighting windmills. Now, they make TV shows and movies portraying our heroes fighting for justice.

Kevin Green, exonerated of murder in 1996 after 16 years in prison
500,000+People in the Innocence Project digital community 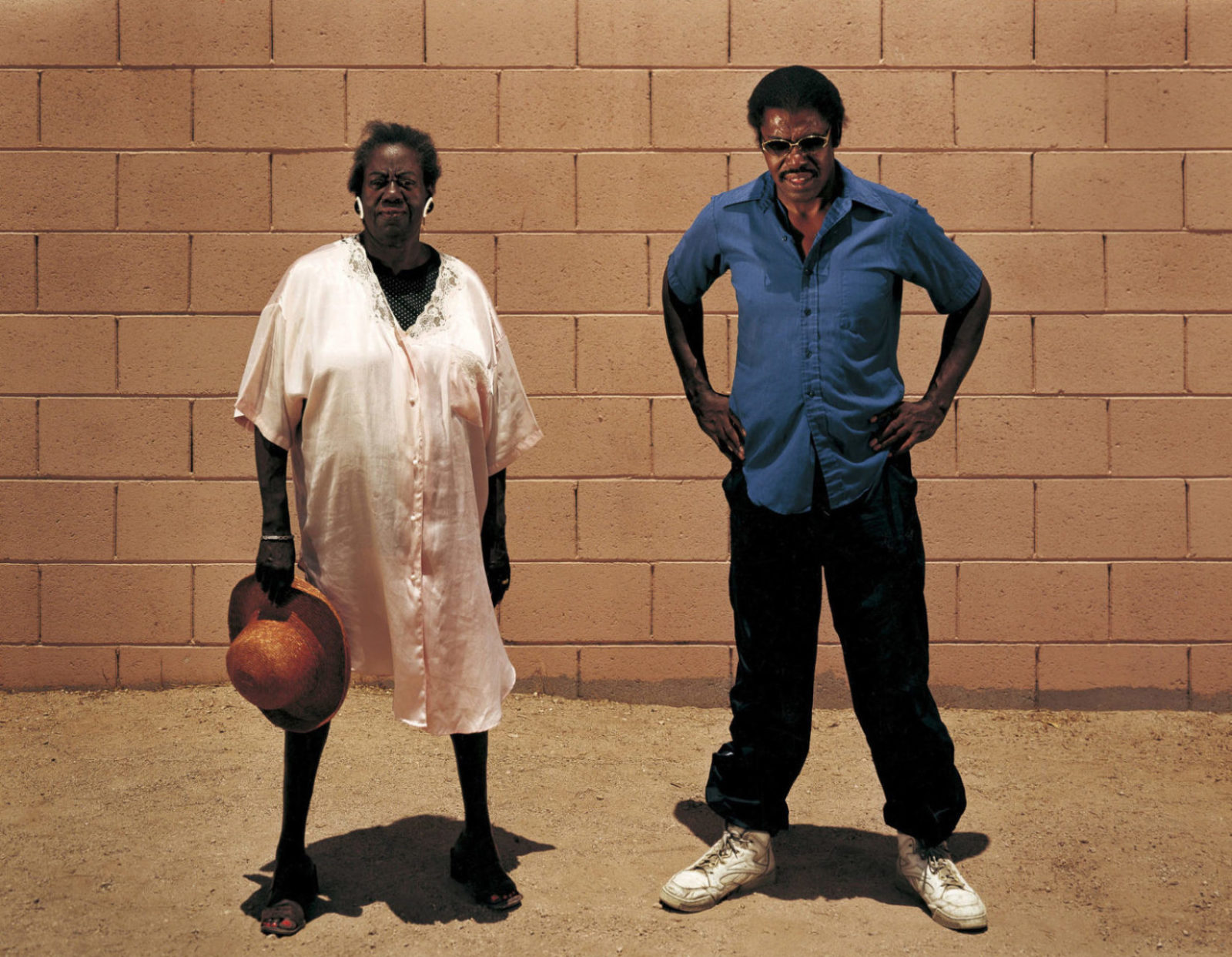 From film to books to photography and more, a constant stream of cultural contributions has helped elevate the stories of the wrongly convicted and inspire the public to scrutinize the criminal justice system. A few samples include:

I went to death row, I could’ve been executed. We cannot un-execute someone.

Kirk Bloodsworth, exonerated in 1993 after eight years in prison, two of them on death row 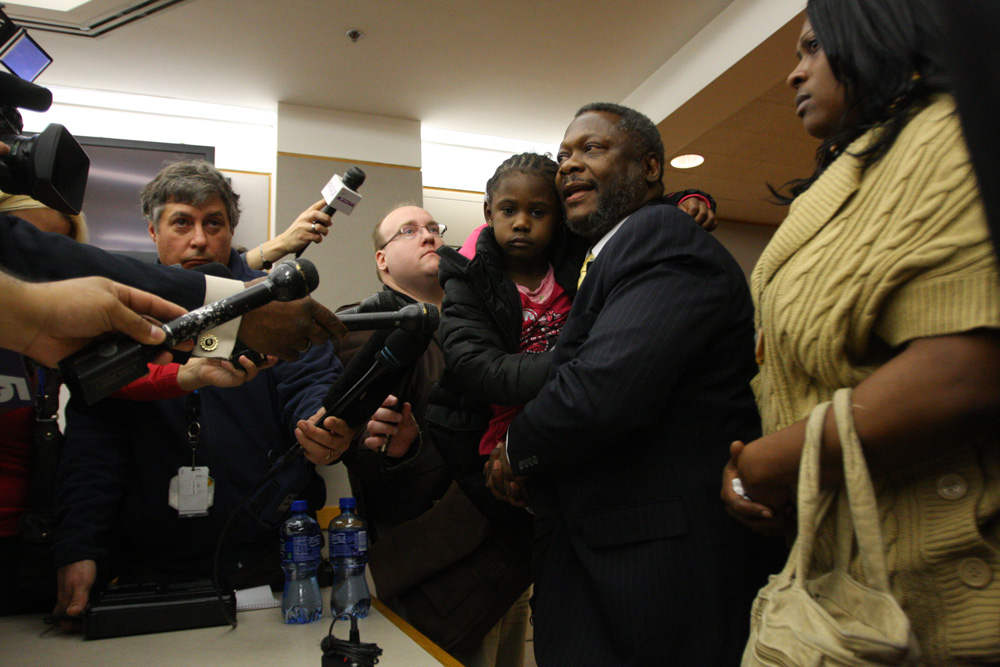 Rickey Dale Wyatt exonerated in Texas in 2014 (Photo: B. Torres).

Following their freedom, exonerees have become fierce advocates around justice reform in the United States. They have started foundations and programs, spearheaded initiatives and non-profits, helped pass legislation, shared their stories to broad audiences and authored books. All of this contributes to a growing wave of public education, policy reform and support for those fighting to be free.

In the early days we threw rent parties to raise money for our newly freed clients and advocated for compensation reforms. By 2006, we had a social work team providing necessary assistance including housing, education, employment and mental health services, and we continue to advocate for compensation.

Society needs to promptly provide compassionate assistance to the wrongfully convicted. The 2004 Justice for All Act, which provides $50,000 per year of federal wrongful incarceration, (double that for time served on death row), and President Obama’s signing of the Wrongful Convictions Tax Relief Act in 2015 are important federal advances in policy reform.

What were once only hopes and dreams is now reality–freedom to live life.

Today, we’re a growing organization, spanning 11 different departments, able to take on more initiatives to move the needle forward in criminal justice reform. Our work is supported by an outstanding Board of Directors, active Innocence Ambassadors, a visionary Founders’ Circle and an innovative Exoneree Advisory Group. Our growth is made possible by the generosity of thousands of people from across the country who joined together in a shared determination to pursue justice.

See the road ahead